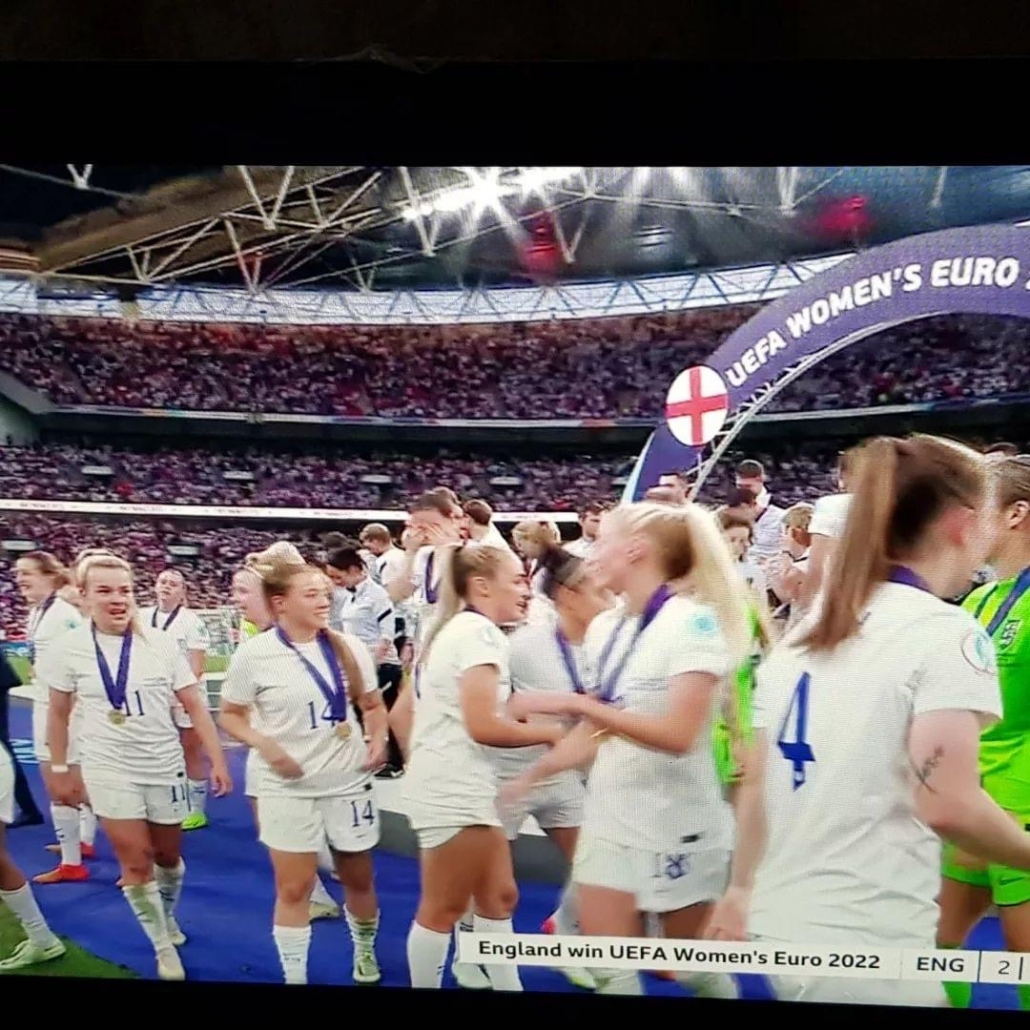 Last night change happened in real-time and this win is also about purpose, equality, and equal pay for equal work, which all come under the umbrella of corporate social responsibility. The Women’s Super League (WSL), English football’s top domestic competition, is one of the most competitive and professional in world football, however, the salary in the WSL can be as low as £20,000 per year in some cases. The average yearly salary in the WSL is said to be £30,000. Some players are even being reportedly “priced out” of playing professional football due to the low starting wage and lack of opportunities.

England right-back Lucy Bronze, considered one of the best players in world football, makes an estimated £200,000 a year from club football and has signed endorsement deals with brands like Pepsi, EE, and Visa. She is set to join Barcelona after her Manchester City contract expired over the summer. While Gareth Bale was reportedly paid up to £600,000 a week while at Real Madrid; six-figure weekly wages are commonplace among the elite men’s players. The highest-paid male footballer according to Forbes, is Lionel Messi, who earns £62million per year before endorsements. There is clearly a wage gap when compared with men’s footballers.

Former England international and BBC pundit Alex Scott reprimanded Premier League clubs who refused to host women’s Euros matches this summer and explained live on-air after BBC One’s full-time coverage how difficult it had been to convince men’s Premier League clubs to agree to host matches when the competition was being planned back in 2018.

She said, ‘Let’s just remind as well, back in 2018 we were begging people [Premier League clubs] to host games in their stadiums for these Euros and so many said no’ and powerfully added, ‘I hope you’re all looking at yourselves right now because you weren’t brave enough to see the vision… I’m not standing up at corporate events in front of sponsors anymore begging for them to get involved in the women’s game, because you know what? If you’re not involved, you’ve missed the boat, you’ve missed the train. Because look at this… it has finally left the station and it is gathering speed.’

Over the next few days, we will see brands and football clubs climbing on the bandwagon, wanting to be part of the Lionesses’ success and the sudden success of women’s football. While these deals will be welcome because they will make a difference to the sport and the players, as the investment will be needed to keep the momentum going, a lot of it will be corporate publicity spin and hype.

Many will be getting on board only for the PR and not because of passion, belief, or real purpose. These types of brands and sponsors won’t stay the course, because they will be using women’s football as a fix, to push out their brand and make themselves look good. Especially, if these corporates have internal challenges and do not have enough diversity or inclusivity within their own organizations, they will be called out for greenwashing.