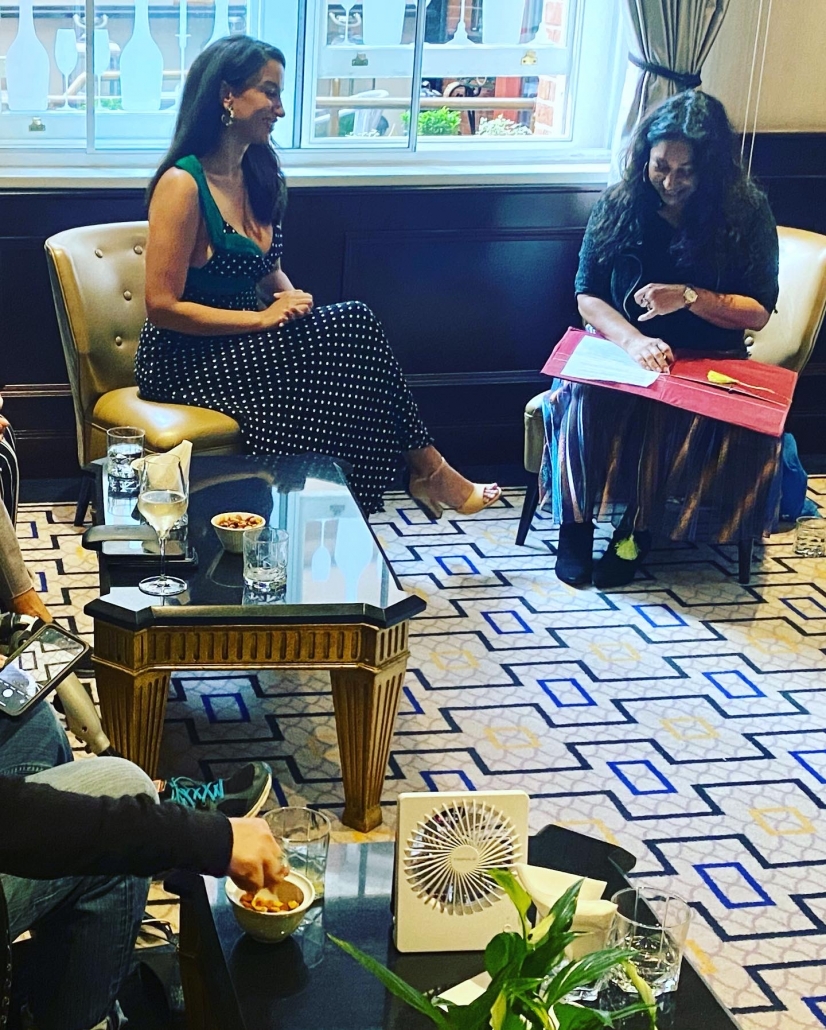 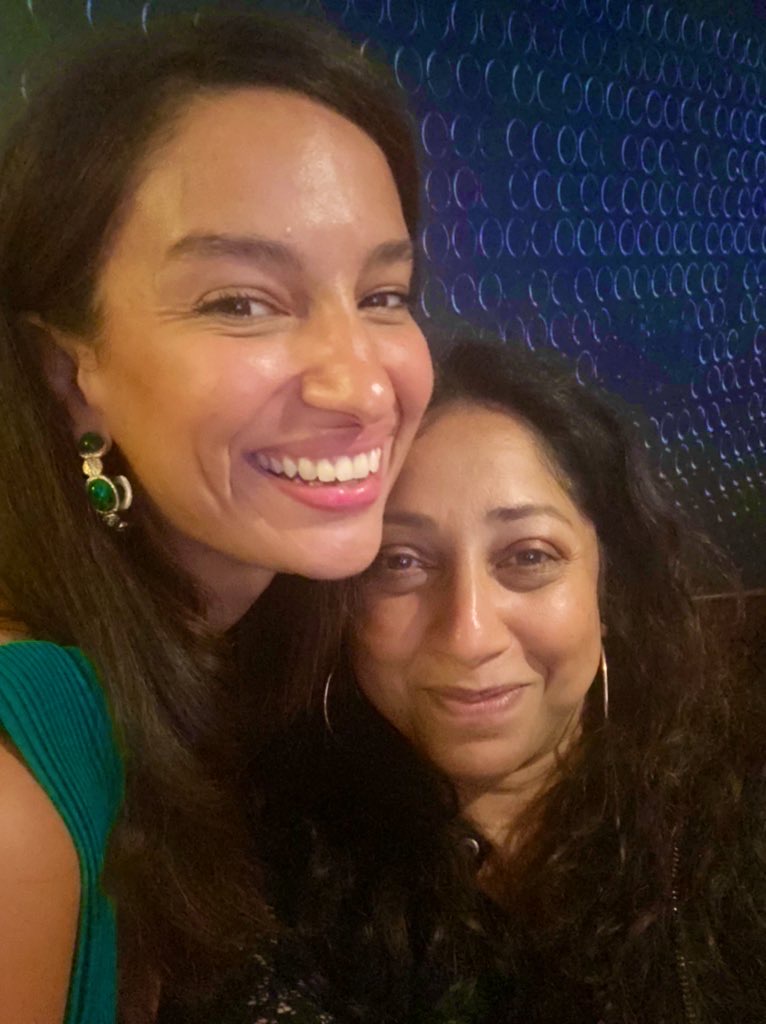 I don’t always get time to write about the things I am up to and the people I meet, but I could not let this event I did for Bridge India, slip by, when I interviewed, supermodel, actress, social media influencer and philanthropist Elena Fernandes. Why? Well, it wasn’t just because Elena so charming to interview, but completely candid, interesting, and thought-provoking. The evening, Elena inspired us all in the room with her heart and passion.

Elena was born in London to a Peruvian mother and Indian father. She still lives in London, and today is a globe trotter, working out of London, Dubai, Mumbai, and New York. Elena’s impressive career started with a 12-page editorial for Vogue India, has graced the front covers of big magazines from Vogue, GQ, and Harper’s Bazaar and has been featured in advertising campaigns for well-known brands such as Adidas. Elena is leading the life, that some of us probably dream of – walking the red carpet, attending the British Fashion Awards, Cannes Film Festival, as well as the fashion week schedule.

And there’s something for Bollywood lovers too, Elena has a flourishing film and tv career, with her first role was with Dharma Productions’ “Kapoor & Sons” and has since starred in Housefull 4 and Jawaani Jaaneman. Her starring role in ‘Cheat India’ was well received and is currently in talks to appear in multiple big budget film projects in India and abroad.

Elena has beauty and brains, holding a Law degree from Kings College, University of London, and is very proud of her philanthropic work.

One of the things that struck me about Elena before I got to meet her, was all the different roles that she had, which got me thinking…most of us think when we are growing up that we want to be a lawyer, a teacher, a nurse, doctor – it’s just one thing. I was curious and my first question to Elena was “when you were growing up, did you say, I want to be whatever I want to be?” and her answer was “Yes”, she explained that she believed that we all can be who and what we want to be, irrespective of what age we are, and that we are constantly evolving.

My interview with Elena criss-crossed a whole host of topics from the challenges she has faced to her proudest moment, and what it was like working in Bollywood. We also chatted about whether the modelling industry has really changed to be inclusive and diverse. My takeaway is that colour still matters and while there has been some shift in thinking, a real change of mindset is needed for inclusivity and diversity to become normalised in this fickle industry.

I really wanted to explore Elena’s philanthropic work, which is very important to her, and she has set-up your own charity, iAmChange, which looks after stray animals in India. Elena’s passion really comes through when she talks about her charity work and the causes close to her heart. She told us that she worked to fund her charity work and causes. That’s what drives her.

I wanted to know who was inspiring Elena right now and I loved her answer, it was fresh and honest, it was a simple, “Me.” It was pure. It made me realise we should all be able to say that, but we don’t allow ourselves to acknowledge how far we have come, what we have done or the wins that we have had in our lives.

The final bit of wisdom that Elena gave us is if people try to put you down, question your dreams, your success, or just give you any negativity, “Remember it is their problem, not yours.”