Every now and again wonderful opportunities come our way and about a few weeks ago, I was approached by the very talented Ashish Bhardwaj, who is based in New Delhi and writes for the platform ‘We Are The City’ – a news platform that supports what the it calls the ‘female pipeline’. Ashish asked if he could do a Q&A with me, and of course I said yes! I was thrilled to be on an Indian news platform that supports women; it was a huge honour.

Ashish one of those rare people who works tirelessly to connect with and interview Indian women across India and abroad; he is proud to actively be involved in empowering Indian women. 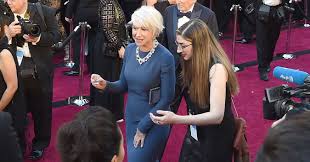 This morning (12 March, 2017) I woke up to the sad news that Joni Sledge has passed away at the age of 60.  I am a big Sister Sledge fan, loved their music; ‘Thinking of You’ became my anthem from the age of 16 and I spent my disco years making memories to Sister Sledge.

So, it was my biggest personal moment to have been able to interview Joni Sledge a few months ago about her hopes for change and women’s empowerment. I could not believe that I my 16-year-old self would have this opportunity years and years later, reinforcing my belief that life is full of surprises and serendipity.

Here’s the full interview…’Thinking of You’ Joni, RIP.